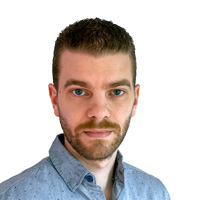 I am a mobile and web developer for APG in the Netherlands. I’m also the owner and founder of Klingeleers VOF.

In my free time I like to run, and work with my dog in search and rescue at [email protected].

Have you always wondered how Xamarin Forms does it’s “magic”? Knowing how things work under the hood is super valuable, especially when things go wrong. This enables you to detect the issue yourself, without having to rely on the knowledge of other developers. In this article a part of the magic of Xamarin Forms will be unraveled, as we take a look under the hood.

I’m ignoring the other platforms like Windows Phone and Mac, to keep this article succinct.

Xamarin.iOS makes use of Mono to compile C# code into ARM assembly language, that can be used by your iOS devices. The native libraries and the compiled executable combined, form the IPA-file that can be uploaded to the App Store. Apple does not allow JIT (Just In Time) compilation, so it requires Xamarin apps to make use of AOT (Ahead of Time) compilation. There is a part of the app that runs on the Mono runtime, and makes use of bindings that call into the native (Objective-C) code and frameworks.

If you want an in depth explanation, I suggest you read the iOS architecture article on the Xamarin website.

Xamarin.Android also makes use of Mono, but it does not require you to do AOT compilation. Just like with Xamarin.iOS, a part of the app runs on the Mono runtime  and also makes use of Android bindings to call the Android Runtime or Dalvik VM (depending on the Android version). This ultimately results in the APK-file, which is used to install the app and to upload to the Play Store.

If you want an in depth explanation, I suggest you read the Android architecture article on the Xamarin website.

These bindings in both platforms are the key to allowing C# code to use native libraries and frameworks. Xamarin supplies bindings whenever there is a new release of a platform. The Xamarin team starts working on these bindings as soon as beta versions of the SDK’s are released. So usually these bindings are available for developers before the SDK gets out of beta.

You can also create your own bindings for frameworks/jar-files, but I’ll leave that for another blog post.

Forms supplies you with a lot of abstractions in the Xamarin.Forms package. These abstractions are classes with the common denominator of properties for controls that are available on each platform. For example: a Xamarin Forms button has properties to set the Text, BackgroundColor, TextColor, Font, and many others. But there are some things you can’t control through the properties supplied in the abstraction. For example, a button in Android always capitalises the text that it contains by default, and you have no way to disable that directly with a property on the Xamarin Forms class.

Xamarin Forms makes use of renderers that convert these abstractions into platform specific controls. These renderers build on the Xamarin.iOS and Xamarin.Android bindings that we talked about earlier. Take a look at all the available renderers for iOS and Android. The ActivityIndicatorRenderer is probably the easiest implementation of a renderer, so I suggest you take a look at that one first to prevent being overwhelmed. The ActivityIndicator is implemented as a UIKit.UIActivityIndicatorView on iOS, and a _Android.Widget.ProgressBar _on Android.

iOS renderer for the ActivityIndicator:

Android renderer for the ActivityIndicator:

If you take a look at these renderers, you can see they subclass the ViewRenderer class. The first generic argument is the abstraction supplied by Xamarin Forms, the second argument is the platform specific control. Such a ViewRenderer contains 2 important properties, being Control and Element. Control is the platform specific control, while Element gives you access to the Xamarin Forms abstraction properties.

These renderers are one of the cornerstones of how Xamarin Forms works, so some of them can be very complex to understand. To get a deeper understanding, I suggest you take a look at some of the provided renderers on Github.

Effects work almost the same as a renderer, but are often easier to understand and implement. So if an effect does the job, use that to your advantage.

Since Xamarin Forms 2.2.0 and higher, you can embed native controls without using a renderer. This is easiest with a shared project, because you can use compiler directives to get to the native controls. If you only want to embed a native control in XAML, you can also use it in a PCL project, but you can no longer use XAML compilation if you do so.

So now you know that Xamarin Forms builds on what Xamarin.iOS and Xamarin.Android already offer by using bindings and the mono framework and runtime. You’ve also learned that the cornerstone of Xamarin Forms are the renderers that are provided by Xamarin.

You may also enjoy

Meet Qwik, I had never heard of it before, but bumped into it while browsing the web. It instantly sparked my interest by stating that it can deliver an instantly loaded web application, with an HTML-first approach. Another reason to loo...

Generating a markdown changelog from git

When you make use commit formats like conventional commits, this standardisation can get you some useful benefits. In this scenario, I wanted to create a changelog in markdown format, that listed all of the bugfixes and features that wer...

Clients often want their website available in the app store, mostly just for app store presence. I got asked to do app wrapping at work a while ago, because the client purchased a tool that did not have a native app available, only a mob...

Last week, the nightly build of my Android project failed all of a sudden. It was apparently related to the 64k method limit than Android poses for DEX-files. I wasn’t aware how much impact the NuGet packages have on that method count. I...